The Illinois State Board of Education Nita M. Lowey 21st Century Community Learning Centers Program (CCLC) aims to achieve many goals such as improving school achievement, graduation rates and social-emotional skills. It also aims to connect the schools with the local community and do what is best for each  student. Another larger goal of the Century Community Learning Centers program is to help bridge the impact that different amounts of parental wealth have on the overall success of a child inside and outside of a traditional school environment. To achieve these goals, the Century Community Learning Centers program has implemented help in areas of schooling like STEM and fine arts through enriching programs and unique hands-on opportunities (Goodyear) that are part of their before and after school care programs that may not be offered during school hours. The before and after school programs planned by the Century Community Learning Centers program use government funding as well as available resources and volunteers within their local community to create activities, clubs and learning opportunities and events for children in that community to take advantage of as a way to improve their skill set inside and outside of traditional school hours.

The Century Community Learning Centers program is an incredibly important tool in increasing knowledge and certain social-emotional characteristics in children in a way that is beneficial to them and their families. Many children in lower-income households do not have access to before and after school programs that would benefit their growth as an individual. At the moment, enrollment in high quality before and after school programs is not readily available,and it has created an even larger disparity between children of different wealth levels (Youth Gov). 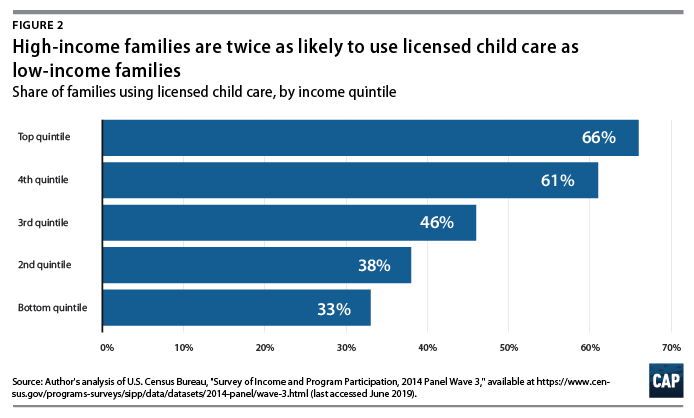 By creating more programs of this type, a wider range of children would be able to participate and later benefit from these before and after school programs. Some later benefits include increasing a child’s overall potential and their performance in school and decreasing crime and welfare costs (Afterschool Alliance) for the community. Currently, the wealth gap of adults plays much too large of a role in the future success of their children (Reardon). The parental resources should not set the standard for how successful a child goes on to be inside and outside of school. It is crucial to have programs like this in place because not only does it benefit the child itself, but it also benefits their family, school and their community as a whole by helping them become a more well rounded, successful person in the long run.

The Century Community Learning Centers program had numerous widespread, long-lasting impacts on the children who participated in the before and after-school programs. After attending these programs, some student’s teachers were asked about changes in their school performance and general behavior. 73% of teachers questioned reported that students improved in the categories of respect, listening and getting along with other students. Over 80% of teachers asked reported significant increases in the academic success of their students as well as their timeliness when talking about turning in assignments on time or at all (Goodyear). These impacts encompass grades and academics and the social and emotional well-being of the students who were able to participate in these programs. Of the students served by the Century Community Learning Centers, 34% were Hispanic/Latino, 30% were white, 21% were black and 15% were of other races (Afterschool Alliance). The program tried to serve students of all races to help bridge that gap and not focus on one specific race to help the students who need it the most based on wealth, not on race. This program plays a large role in lower income communities in helping lessen the effect that parental resources have on the success of their children inside and outside of school. These before and after school programs have also led to many children feeling safer at their schools because they have created stronger relationships with the staff at their school (Youth Gov).

The Century Community Learning Centers program has been very successful. Its overarching goals of helping children in school and, in the long term, helping the local schools and community create better and more successful individuals, have both been met and exceeded the standards that had initially been set for it. Students who regularly participated in this program were shown to have increased math and English grades and to have significantly improved their behavior and participation in class (Afterschool Alliance).  These increases came straight from the different types of engaging, unique and informative programming that the Century Community Learning Centers offers to the participating children. Since the schools are only able to meet the criteria for eligibility for this program, if they meet the given standards, it is known that they met each of the standards given. These standards include increased attendance, test scores, academic achievement, activities offered, parent involvement and decreased discipline and suspension for students that participate in the Century Community Learning Centers programming (Illinois State Board of Education). Overall, the CCLC program was successful in achieving and surpassing the set goals of the program.

In conclusion, the Illinois State Board of Education Nita M. Lowey 21st Century Community Learning Centers Program is a successful and necessary policy to continue implementing in education systems across the country. This program is vital in bridging the wealth gap between children in academic and social situations. The CCLC has also allowed children to feel safe and comfortable at school while also allowing them to create meaningful relationships with their teachers and peers. It has helped many children across the country in its few years of existence, and by continuing it, this program will be able to help many more.